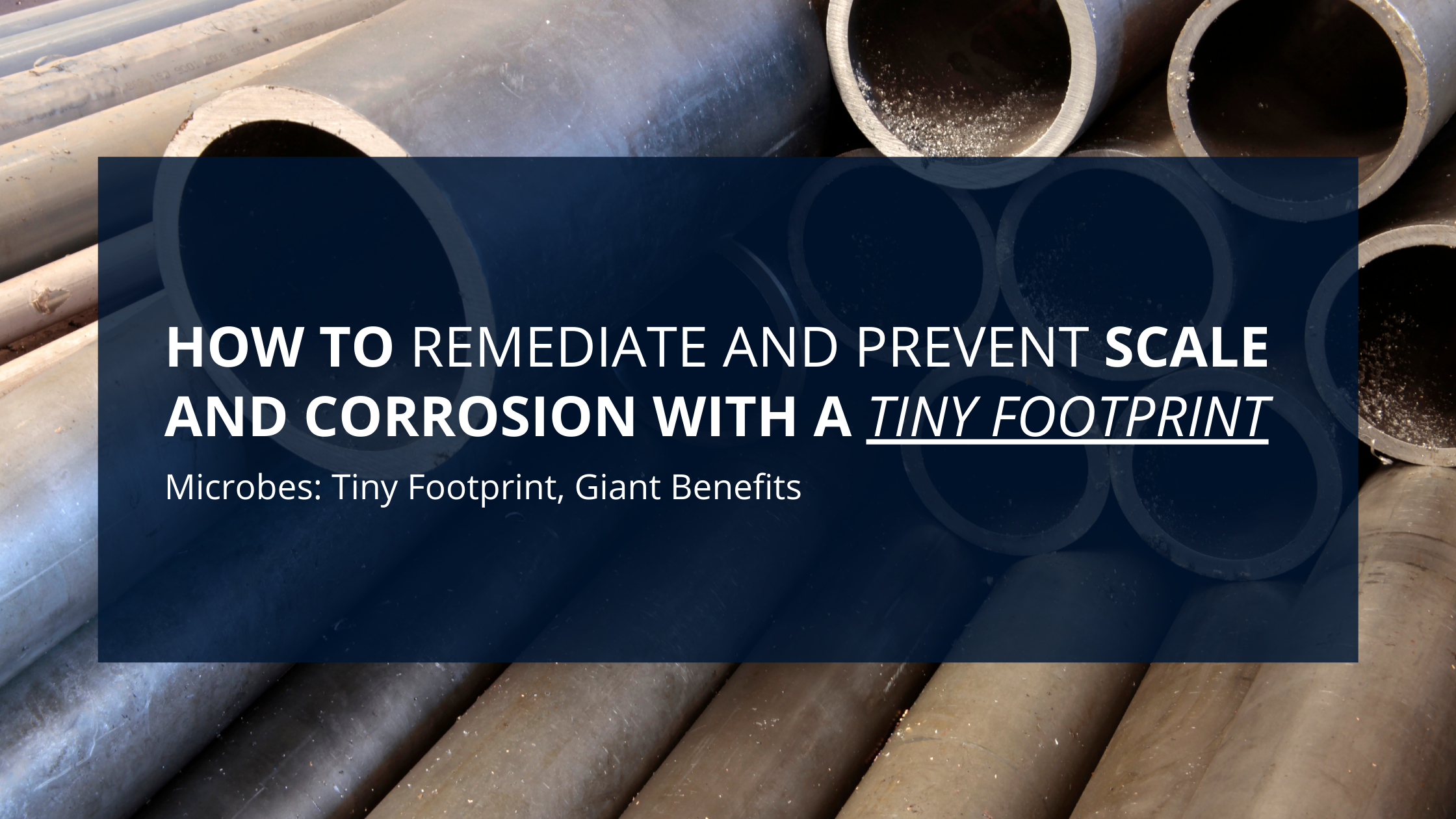 How to Clean/Prevent Scale and Corrosion with a Tiny Footprint

Any producer fighting scale in SWDs or EOR injection wells knows the battle is relentless, whatever method they use. Scale and corrosion don’t take off on holidays, weekends, or during oil price fluctuations.

Therefore, neither can your prevention efforts.

For more than 100 years, the standard operation has been to hope chemical treatments, including chemical pipe coatings, would do the job. Chemicals continue to be used because they do help somewhat. But doing so requires constant injection of those chemicals. Because they only reduce scale and corrosion, but don’t eliminate it, hot oiling or other clean out treatments are still required every six months, every three months, or in extreme cases, every month. This becomes extremely expensive, both in the cost of the chemicals themselves and for the clean out procedures.

In the case of chemical pipe coatings, they tend to wear off sooner than later, requiring regular reapplication. These applications come at great cost and inconvenience. Without them, pipes are again exposed to corrosion and scale buildup.

To effectively clean up and prevent scale and corrosion, microbes can be injected at any of several points in the water system. The further upstream they go in, the more benefits they provide. Gunbarrel, intake tank, flowline or water knockout are all options.

The process begins with evaluation and testing of water. We’re testing for the presence of a variety of scale-causing contaminants including scale precursors such as iron sulfide, iron oxide, calcium carbonate, calcium sulfate and other sulfates, among others. Armed with that information, we create the right mix of microbes. This allows us to solve all scale/corrosion issues with a single microbial blend. At whatever vessel is chosen, we set up a “bioreactor”, if you will, that is constantly producing microbes, improving the system from that point forward. Periodic re-evaluations allow us to tweak the mix as conditions evolve.

The microbes we use are defined as “facultative anaerobic microorganisms.” They’re identified by their ability to thrive with or without available oxygen. They are further defined as “specialized non-toxic, non-pathogenic, non-carcinogenic,” making them safe to handle and transport.

The “bioreactor” maintains the microbe colony at approximately 1 million cells per mL on an ongoing basis, usually at significantly less cost than equivalent chemical treatments, and with better results. Microbes chelate cations to keep those contaminants from forming new scale deposits and provide barrier protection.

Existing scale begins to dissolve, a process that may involve anywhere from a few weeks to several months, depending upon the severity of the scale and the amount of scale-forming TDS and TSS in the incoming water. As they remove accumulated scale, the microbes clean injectors, flowlines, tanks and every site component exposed to the harsh waters of the oilfield.

Scale is not the only challenge in oilfield water systems. Corrosion can eat away at the same pipes, tanks and other equipment components that scale attacks. Scale can contribute to the formation of corrosion and, by then covering it up, make corrosion treatment difficult.Often the scale must be removed before corrosion treatment is possible.

While scale can have many causes, corrosion has two primary causes: oxygen and H2S. Our microbes solve the oxygen issue by first using all the oxygen in the system. Because they don’t need it to thrive, they continue doing their scale remediation and prevention while at the same time maintaining the corrosion-preventing anaerobic environment in the water. Second, they eliminate sulfate-reducing bacteria, removing the source of H2Sin the system. These microbes apply a polysaccharide coating to metals in flowlines, which is what chemical applications try to do. Because microbes are less expensive than chemicals, those treatments can be done on an ongoing basis, keeping their pipe coatings in place, to prevent corrosion 24/7.

How It Benefits Producers

Scale is famous for reducing flow rates and increasing back pressure on pumps and flowlines as it clogs injectors and reduces the inside diameter of pipes.

Reduced flow rates in SWDs can mean tanks and ponds fill faster than they can be emptied. In waterfloods, reduced flow leads to lower production levels. Back pressure increases power costs for pumps, and can lead to early pump failure. All these problems are costly either in repairs or in lost production. Treating scale and corrosion with microbes slashes the costs associated with these issues. Microbe treatment increases SWD rates, boosts waterflood input, thereby increasing production. By removing back pressure on pumps, it improves power efficiency for pumps. Most of all, producers have reported eliminating or greatly limiting remedial treatments such as hot oiling after beginning with microbes.

The ESG and health benefits of microbes are also significant. These naturally-occurring life forms are proven to be harmless and non-toxic to humans, as opposed to chemicals, which require special handling due to their toxicity to humans and the environment. 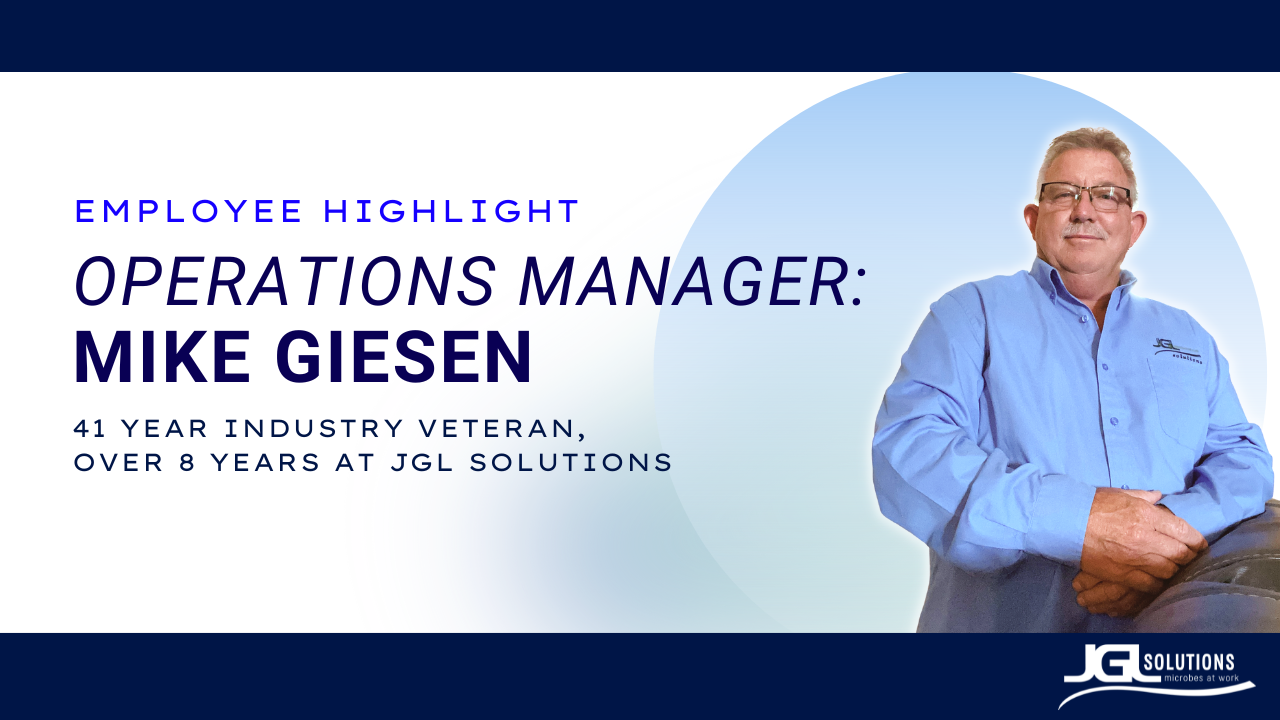 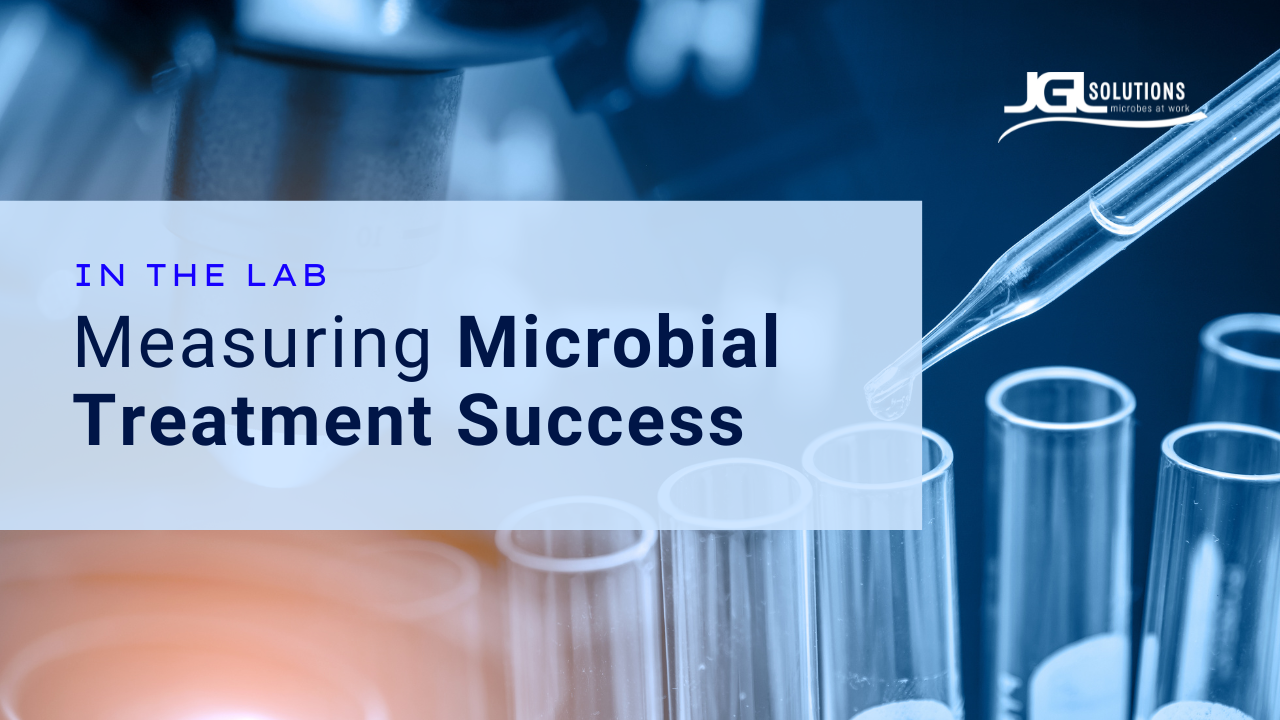 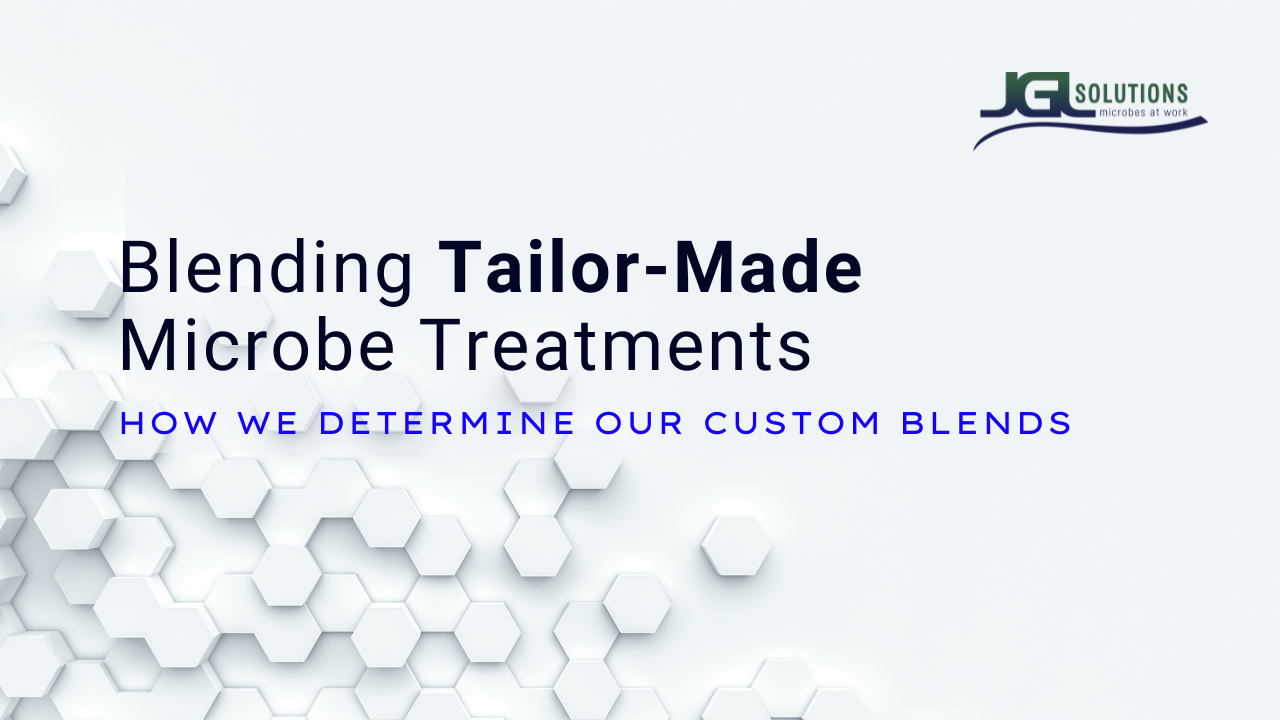 Explore our most frequently asked questions.

Is there a different microbe product for each issue I have?

There are different strains of microbes for different issues. JGL Microbes are able to blend into one treatment, tailor-made to your system.

Why use microbes instead of chemical?

Synthetic chemicals are man-made copies of naturally occurring chemicals in nature and are for the most part toxic and/or environmentally harmful to personnel, plants, animals, aquifers, etc. Microbes are more effective than chemical because of their biological process, they produce natural chemicals and by-products in situ making them much more effective for common oilfield applications.